Issues to watch as minority parliament resumes sitting on 27 January 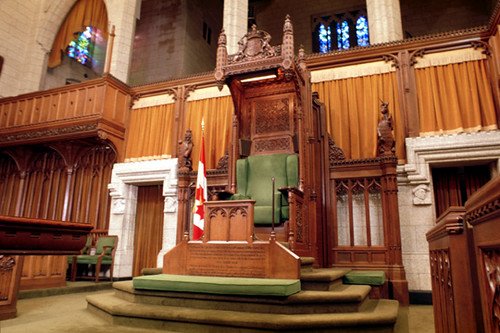 Parliament resumes on 27 January 2020. With the Justin Trudeau Liberals leading a minority government, they will have to pay close attention to securing majority support for their legislative programme. In the 2019 election fully 63% of the popular vote went to progressive-leaning parties, and this is where the Liberals should look for parliamentary coalition-building going forward.

Here are some of the many issues that we at Ceasefire.ca will be closely monitoring:

The mandate letter to Bill Blair, the Minister of Public Safety and Emergency Preparedness, reads in part:

With support from the Minister of Justice and Attorney General of Canada, implement our firearms policy commitments, including to:

We applaud the government’s intention to ban all military-style assault rifles and to tighten licencing, storage and bulk purchase regulations.  However, we reiterate our concerns over the failure to ban handguns at the federal level. These words in a 22nd January tweet from the Canadian Coalition for Gun Control fully reflect our view as well:

And here is another poignant tweet on the fraught issue of unfairly hurting “lawful” gun owners:

My alcoholic father threatened us near nightly with his hunting rifle – he eventually killed himself with it. When I was told he was dead the first thing that I said “Did he kill anyone else?” Everyone is a responsible gun owner until they are not.

We call on the Government of Canada to reconsider their patchwork approach to handguns and, instead, heed the call of the Canadian Coalition for Gun Control and legislate a near-total national ban.

In the wake of the tragic downing by Iran (it says in error) of the Ukrainian airliner, killing all of its passengers, including 57 Canadians, the need for resumed diplomatic relations between Canada and Iran is being scrutinized.

In addition, the importance of viewing the Iranian actions in the context of that country’s ongoing confrontation with the USA has been highlighted. Esprit de Corps editor Scott Taylor writes that it’s impossible to look at the missile strike as an isolated incident. To treat it in this fashion, in his view, is:

limiting the scope of the investigative probe into one singular incident – the downing of flight 752 – in what has been an interwoven series of related events involving another major player in this scenario – namely the U.S.A.

Middle East expert Stephen Zunes goes further in an article entitled Today’s US-Iran Crisis is Rooted in the Decision to Invade Iraq (truthout.org, 19 January 2020). This is a “must-read” and reminds us again that past American military interventions in the Middle East will continue to wreak havoc until the USA unequivocally charts a new course. Zunes concludes:

While Trump’s impetuous actions (and disregard for legal limits to his actions based on both the Constitution and the UN Charter) make him uniquely dangerous, his bellicose policies towards Iran are, in many respects, a logical extension of bipartisan hyper-militarism exemplified by the 2003 invasion of Iraq.

Just as decisions by British and French imperialists at the Paris Peace Conference a little over a century ago sowed the seeds of many of the conflicts plaguing the Middle East ever since, the U.S. war on Iraq may prove to be as least as tragic for at least as long.

We reiterate our call for the Government of Canada to report to Parliament early in 2020 on our military mission in Iraq. What have we accomplished? What have we learned? Why do the Iraqis want all foreign troops out?

This week the respected International Crisis Group signalled its concern that the hitherto stalemated ground war in northern Yemen had escalated again. Renewed fighting between government-aligned forces and the Huthi rebels threatens to derail Saudi–Huthi talks the ICG describes as “an important, albeit tentative, step toward a national political process”.

In the meantime, the horrific humanitarian crisis continues with the spread of deadly dengue fever being the latest horror to befall Yemeni civilians. A Reuters report states:

War has complicated efforts to fight the world’s fastest-spreading mosquito-borne virus, wrecked Yemen’s health system and public sanitation, and made an impoverished and displaced population more vulnerable to the disease.

At the same time, Canadian arms exports under existing export permits continue apace to Saudi Arabia, the leader of a military coalition accused of war crimes in Yemen. However, there is no news as yet on any decision by Foreign Minister François-Philippe Champagne on a new batch of export permits awaiting his decision in accordance with strengthened export control legislation which came into effect in September of 2019.

Complaints of a backlog in granting arms export permits by the Canadian Association of Defence and Security Industries (CADSI) are perhaps an indication the government is exercising greater scrutiny under the new legislation. One thing is sure, however, if Foreign Minister Champagne greenlights these new Saudi LAV exports, his decision will be scrutinized closely by the Federal Court.

We call on Foreign Minister Champagne to act strictly in accordance with the global standards enshrined in the Arms Trade Treaty and the strengthened Export and Import Permits Act and to deny any further LAV exports to Saudi Arabia in light of its repressive actions within Saudi Arabia and its gross misconduct in the war in Yemen.

Finally, we are proud and excited to announce a new partnership with the University of Ottawa that involves 120 international relations students working in small groups, each addressing a different conflict but asking this same question:

Why should Canadian millennials or Generation Z’ers care about this conflict and efforts to peacefully resolve it being championed by the Rideau Institute and Ceasefire.ca?

What a great way to get a whole new generation interested in building a more just and prosperous world for all of us!

Book Review: America in Afghanistan: Foreign Policy and Decision Making from Bush to Obama to Trump by Sharifullah Dorani

Afghanistan is back in the news for all the wrong reasons with the third quarter of 2019 recording the highest number of casualties since the United Nations Assistance Mission in Afghanistan (UNAMA) began tracking civilian harm in 2009. So we decided it was timely to feature a book from a young scholar, Sharifullah Dorani, entitled: America in Afghanistan: Foreign Policy and Decision Making from Bush to Obama to Trump (Bloomsbury.com, 24 Jan 2019).

It has been 19 long years since the U.S. invasion of Afghanistan in October 2001. Despite an all-time high by 2011 of over 140,000 international military forces engaged in “stabilizing” the conflict and intermittent efforts at peace talks with the Taliban, the end is still not in sight.

History tells us that complex political problems lie at the heart of violent conflict and must be addressed if peace is to finally prevail.  No where is this truer than in Afghanistan.

Yet over and over again the United States and its allies labelled Pakistan as a central “part of the problem” and then failed to develop strategies, and above all, failed to design peace negotiations that would address fundamental Pakistani security concerns as well as those of other neighbouring countries, and of course of the Afghans themselves.

Sharif Dorani’s academically rigorous but eminently readable text charts in painstaking detail the repeated failure of successive American administrations to go beyond identifying “the Pakistan problem” to forge sustainable political solutions. It is a must-read for Afghans and others alike. Hopefully it will help galvanize support for a comprehensive approach going forward to build the peace Afghans so urgently need and deserve.